The museum is now open

In 1945-49 the woods outside Oksbøl was home to the largest refugee camp in Denmark. The camp housed 35,000 German refugees in the years following World War II. Remains of the refugee camp count the cemetery and a former hospital. A few ruins are scattered in the forest, but several buildings from the time of the camp today have found new uses.

Today, the buildings that housed the hospital in 1945 in Denmark’s largest camp for German refugees stand empty. But next year the ground will be broken for the new museum, FLUGT – Refugee Museum of Denmark.

The plan is for the museum to open by summer of 2022. You will get to experience a brand new and modern museum designed by BIG – Bjarke Ingels Group, which deals with fleeing and refugees. The exhibitions and stories are on the drawing board right now, but it is certain that the main subjects of FLUGT will be the German refugees who fled to Denmark in 1945 as well as the many refugees, from e.g. Vietnam, Bosnia and Syria that have come to this country in recent years.

It is also a certainty that a visit to FLUGT will give you insight into what it means to be a refugee and what it is like to stand on the other side as a recipient country. You will experience strong exhibitions, personal stories and be confronted with big questions. There will be much to explore – both in the exhibitions and in the former refugee camp, but also your own stance and that of others. FLUGT will be a meeting place with room and opportunity for conversation and discussion.

Already you can explore the history of the German refugees and follow in their footsteps along the original paths from the time of the refugee camp. A walking route with posters about life in the refugee camp has been established in the woods. 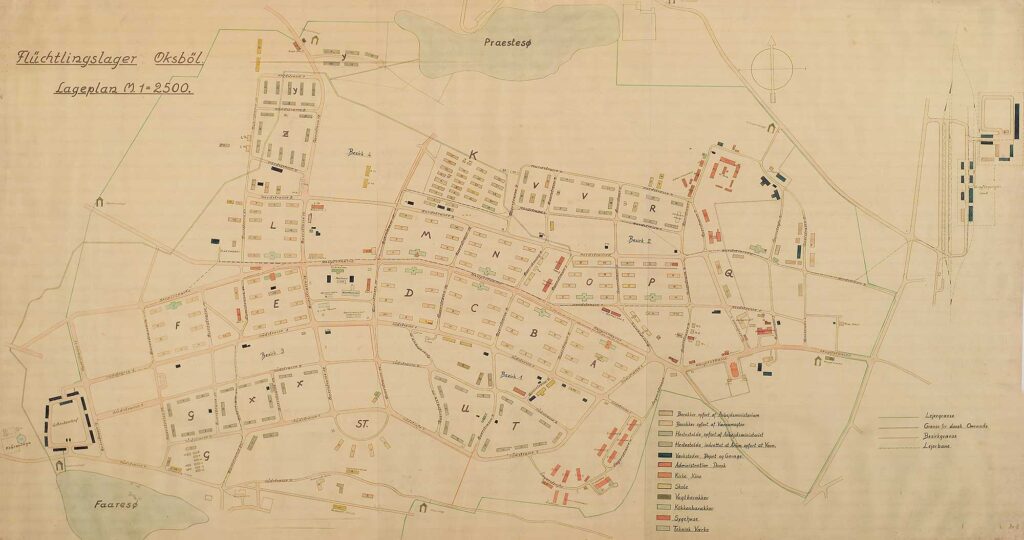 Pick up a map at the info-poster by the former hospital at Præstegaardsvej 21 in Oksbøl or download the map here in Danish or German.

Beneath its surface, the west coast of Denmark conceals an abundance of gripping stories. But you cannot see them with the naked eye. Join us under the sand and discover the countless hidden stories about the west coast: tales of wrecked ships, dangerous smugglers and forbidden love.

With the largest refugee camp in Danish history as a unique setting, personal and powerful stories are told about refugees of all times. Using as a basis the hospital of the refugee camp, which originally consisted of 40 small wards and operating rooms, world-renowned architect firm BIG – Bjarke Ingels Group created a brand-new museum. Visit www.flugtmuseum.dk for more information.

The Blåvandshuk lighthouse stands 18 metres above sea level at Horns Bjerge, Denmark’s westernmost point, position 55 33.51’ N/08 05.07’ E. The lighthouse is now fully automatic, but it functions as it has done throughout all these years. The master’s house is now home to an exhibition on the Horns Reef offshore wind farm, one of the world’s biggest, and it is also home to the Blåvandshuk lighthouse tourist information centre.